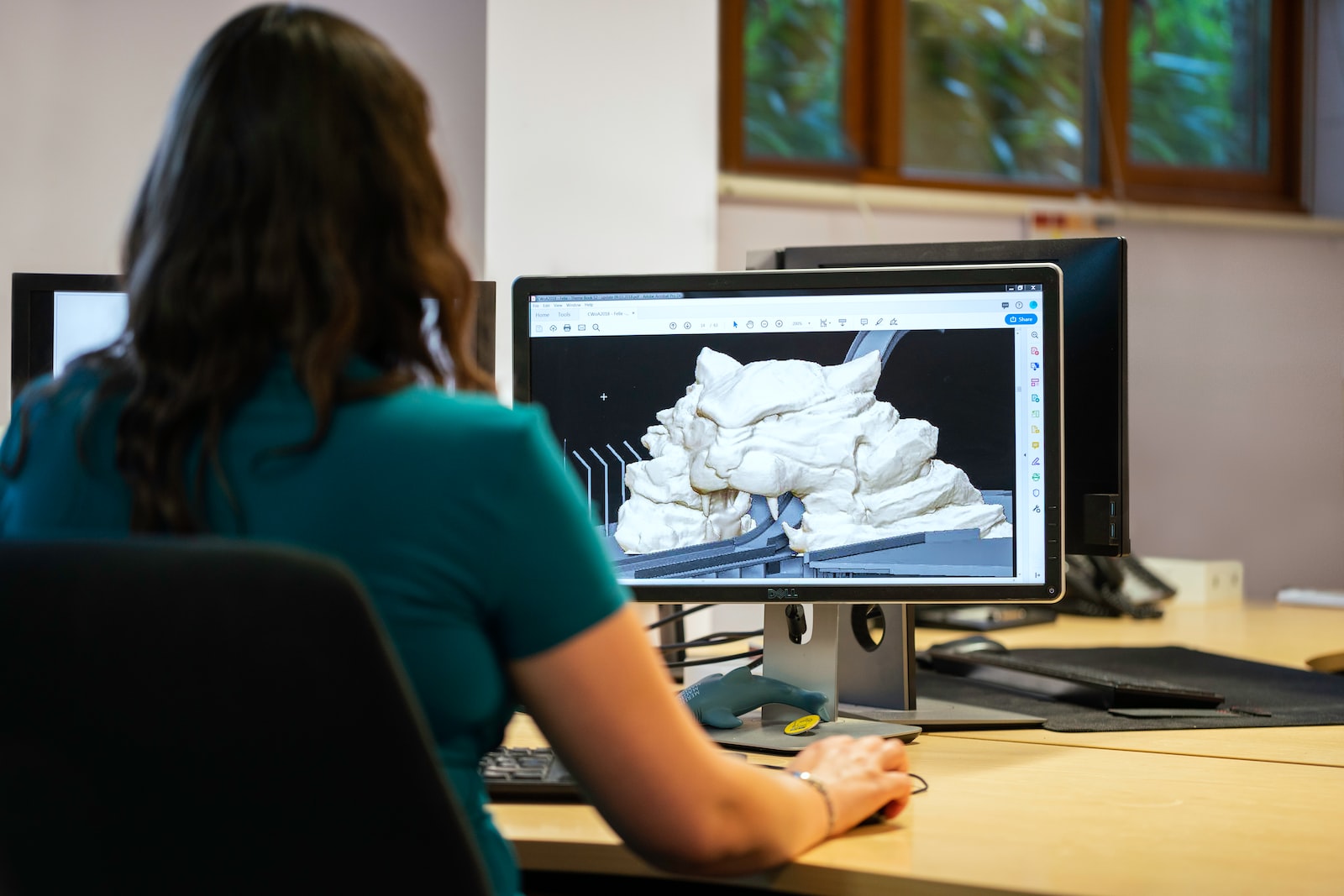 A desktop computer is a personal computer (PC) in a form intended for regular use at a single location, as opposed to a mobile laptop or portable computer. They are often distinguished from tower cases by their lighter weight and shorter height. Most desktop computers have separate monitors and keyboards. The central processing unit (CPU) of a desktop computer is typically housed in a case that also contains other components, such as the power supply, motherboard, optical drives, and storage drives (hard disk drives or solid-state drives). Desktop computers usually have peripheral devices, such as speakers, external storage devices, and printers connected to them.

What are the main features of a desktop computer?

There are many features that are common among desktop computers, but the specific features included in a particular model can vary depending on the manufacturer and the price range of the computer. In general, however, most desktop computers will include a processor, motherboard, memory (RAM), storage (hard drive), optical drive (DVD/CD drive), and graphics card. Some models may also include a sound card, network card, and/or additional USB ports.

The central processing unit (CPU) is the brains of your computer. It handles all the instructions you give your computer, and the faster it is, the more smoothly your programs will run. When you’re looking for a new desktop computer, pay close attention to the CPU.

You’ll want to choose a CPU that is powerful enough to handle whatever you plan to use your computer for. If you just plan to surf the web and do some light word processing, you can get by with a less powerful CPU. But if you want to do more demanding tasks like video editing or gaming, you’ll need a stronger CPU.

When comparing CPUs, pay attention to the clock speed. This is measured in gigahertz (GHz), and the higher the number, the faster the CPU is. Another important factor to look at is the number of cores. A core is like a mini-processor, and most modern CPUs have multiple cores. The more cores a CPU has, the better it can handle multiple tasks at once.

There are several important features to consider when purchasing a desktop computer. One of the most important is memory. Memory, or RAM, is the short-term storage space for your computer. It allows your machine to store information that it needs quickly and easily. The more memory your computer has, the faster it will be able to process information.

If you plan on doing a lot of multitasking or video editing, you’ll need a computer with a lot of memory. Most basic computers come with 4GB of RAM, but you can find machines with up to 32GB of RAM if you need it. Just keep in mind that more RAM will also mean a higher price tag.

A desktop computer typically has a much larger hard drive than a laptop. A hard drive is where all of your files and programs are stored. Most hard drives are measured in gigabytes (GB), with 1 GB being equal to 1,000 megabytes (MB). So, if you see a hard drive advertised as having 500 GB of storage, that means it can store 500,000 MB, or 500 million bytes, of data. That’s a lot of space!

A desktop computer’s graphics card is one of the most important features to consider when purchasing a new machine. The graphics card is responsible for processing and rendering images on the screen, so it needs to be powerful enough to handle the demands of modern games and other high-resolution applications. There are two main types of graphics cards: dedicated and integrated. Dedicated cards are standalone units that plug into the motherboard and provide their own processing power, while integrated cards share processing power with the CPU. Both types have their own pros and cons, so it’s important to choose the right one for your needs.

When it comes to dedicated cards, there are two main manufacturers to choose from: NVIDIA and AMD. NVIDIA’s cards are typically more expensive but offer better performance, while AMD cards are more affordable but may not be as powerful. It’s also worth considering what kind of ports you need on your card. Most modern cards come with HDMI and DisplayPort connections, but some older models only have DVI or VGA ports. If you plan on using multiple monitors or connecting to a TV, make sure your card has the right number and type of ports for your needs.

A desktop computer typically has a larger case than a laptop, which allows for more internal space for components. More space generally means better airflow and cooling, leading to a lower chance of your system overheating. Additionally, desktop computers usually have more expansion slots than laptops, giving you more options for upgrades down the line.

As far as monitors go, they come in all shapes and sizes these days. You can get an ultra-wide monitor that’s great for productivity or gaming, or a standard 16:9 monitor that’s more affordable and easier to find. Some monitors even come with built-in speakers, which can save desk space if you’re tight on room.

Most desktop computers will come with a mouse and keyboard included. The mouse is used to navigate and select items on the screen, while the keyboard is used for typing. Both devices usually connect to the computer using a USB port. Some newer computers may also support wireless mice and keyboards.

Most desktop computers come with an operating system (OS) already installed. The three most common OSes for desktop computers are Microsoft Windows, Apple macOS, and Linux. Each OS has its own set of features, but all three allow you to do the basics, such as browse the internet, create and edit documents, and listen to music.

Windows is the most popular OS for desktop computers. It is easy to use and comes with a lot of built-in features and programs. macOS is popular among creative professionals and those who prefer a more streamlined user experience. Linux is a great option for those who want more control over their computer’s operations or who are looking for a free OS.

No matter which OS you choose, you’ll be able to find plenty of software programs to suit your needs. For example, if you’re a photographer, you can find photo editing software for all three OSes. And if you’re a student, there are word processing and spreadsheet programs available for all three platforms.

A desktop computer typically contains a processor, memory, storage devices, input/output ports, expansion slots and an internal power supply. The two main types of processors used in desktop computers are central processing units (CPUs) and graphics processing units (GPUs). CPUs are responsible for processing data and executing instructions, while GPUs are responsible for rendering images on a display. Memory is used to store data and instructions that can be accessed by the CPU. Storage devices are used to store data permanently or temporarily. Input/output ports provide a means for the computer to communicate with other devices. Expansion slots allow the user to add additional components to the computer system. Internal power supplies provide power to all of the components within the computer case.